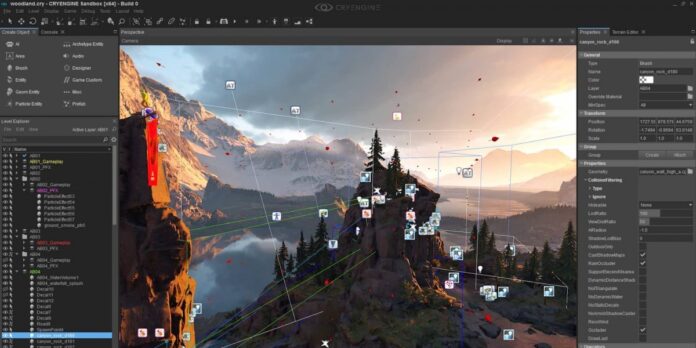 The present is the best time to choose a game engine for the game you are developing. You can now create games of any size and genre without investing in a custom engine. The widespread availability of popular gaming engines facilitates the expansion of game development teams, allowing for the creation of more games of all sizes globally.

How Do You Select The Best Gaming Engine For Your Specific Game?

Every available engine has both strengths and weaknesses. Finding the optimal balance between the engine’s pros and cons, your game’s requirements, and the resources you’re willing to invest in bringing your game to life is essential.

Regardless, their technology will substantially impact the products you manufacture. This article discusses the most prominent gaming engines. Discover the best game engine for your project by reading on.

What Capabilities Should The Best Video Game Engine Possess?

To have a good idea of which engine is best for your project, you should create a list of technical requirements for your game and determine whether the engine meets all of them or can be modified.

The question of selecting an engine extends well beyond the technical specifications. How simple would it be for you to find new talent that is familiar with your engine if you wished to expand your team? Does the engine you selected offer comprehensive technical support? Are the prices fair? How large is the community of engine professionals? How do your artists feel about your engine?

You could ask a lot more questions, depending on your project. But here is a list of criteria we recommend examining as soon as the question of selecting a game engine arises:

Physics – The level of immersion and physics the engine can provide must be commensurate with the game quality you intend/can provide and the players’ hardware limitations. Some PC and PlayStation engines may not be compatible with mobile platforms.

Input – The flexibility of the engine’s input functionality is crucial for your game to run well on multiple platforms. If you intend to create a multi-platform game, ensure that your engine’s input is sufficient.

Rendering — rendering speed and optimization determine a great deal of your game’s performance. Can your engine render adequately quickly? If not, is it possible to modify it?

Visual Assets Processing — How well does the engine handle shading, lighting, scripting, texture mapping, depth of field, etc.? How much programming is required to add it to your game using the engine you are evaluating?

How difficult is configuring the proper behavior of two or more objects interacting in the selected engine?

Recruiting potential is a little off the beaten path, but it is still essential if you need more human resources for your game. How well-liked is the engine among programmers? How difficult is it to locate a required professional in your region?

How Do You Pick The Best Gaming Engine For Your Game?

By providing in-depth guides on all the major game engines, we will attempt to answer as many of your questions as possible to assist you in selecting the best engine for you. 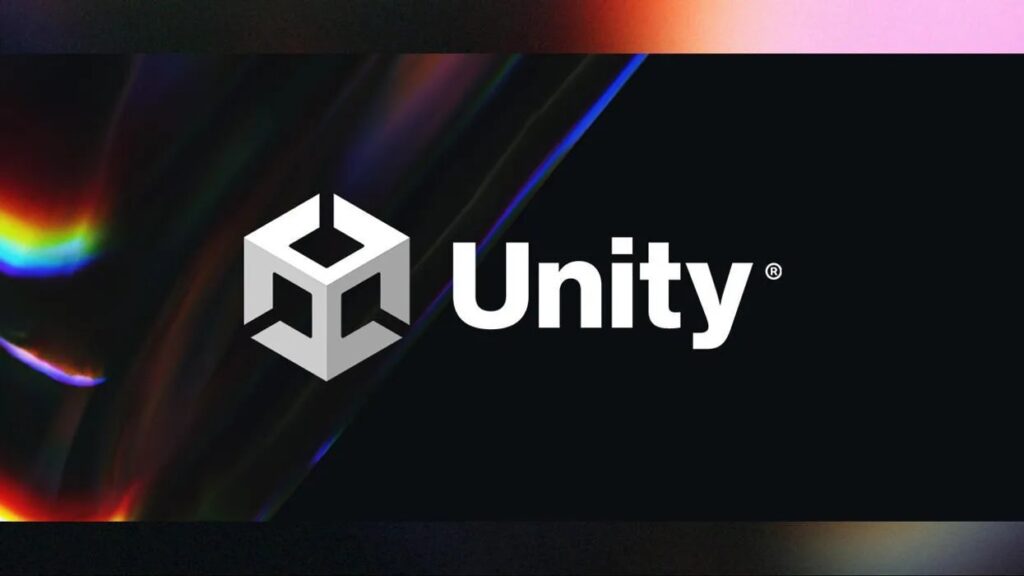 Many game developers use Unity as their primary tool for creation and powering their works. The software from Unity is strong, incredibly user-friendly, and cost-free until you start making a lot of money. Some consider the engine the best mobile game engine and the most popular development environment for independent games. That is why many entrepreneurs start to create their own video game development with the help of best Unity game development company. The combination of general functionality and flexible pricing makes it an excellent starting point for many game developers.

Reach is one of Unity’s primary strengths. Because Unity is one of the most popular game engines, it is easier to find Unity developers.

Unity is a handy tool for students and aspiring programmers.

Unity is not only quick in terms of development but also portability. Available on all platforms, including mobile platforms.

The Asset Store for Unity is well-stocked with additional tools, has extensive documentation, and is supported by a large professional community.

Unity provides a wide variety of tools out of the box, and you can also develop your own. It provides sufficient flexibility to accommodate all project requirements.

Unity is among the most widely used game engines. Most game developers began their careers with Unity or switched from simpler engines. That simplifies the search for and recruitment of new Unity developers.

Not Always Suitable For Large Projects

Unity does not give you enough room to make the necessary changes, so you are unable to implement heavy optimizations or must rely on a large number of tricks.

Initially, it was intended for web development and JavaScript. Because it was designed for smaller projects, it promotes bad code practices.

With the addition of a few small behaviors and objects, something dynamic could be created. But if you only do that, you miss opportunities to separate data from code, for example, and everything becomes intertwined.

Unfavorable For The Artists

Unity’s default lighting and shaders make it more difficult for artists to create the required visuals with the necessary resources. Additionally, specific UI features are difficult to locate in Unity. 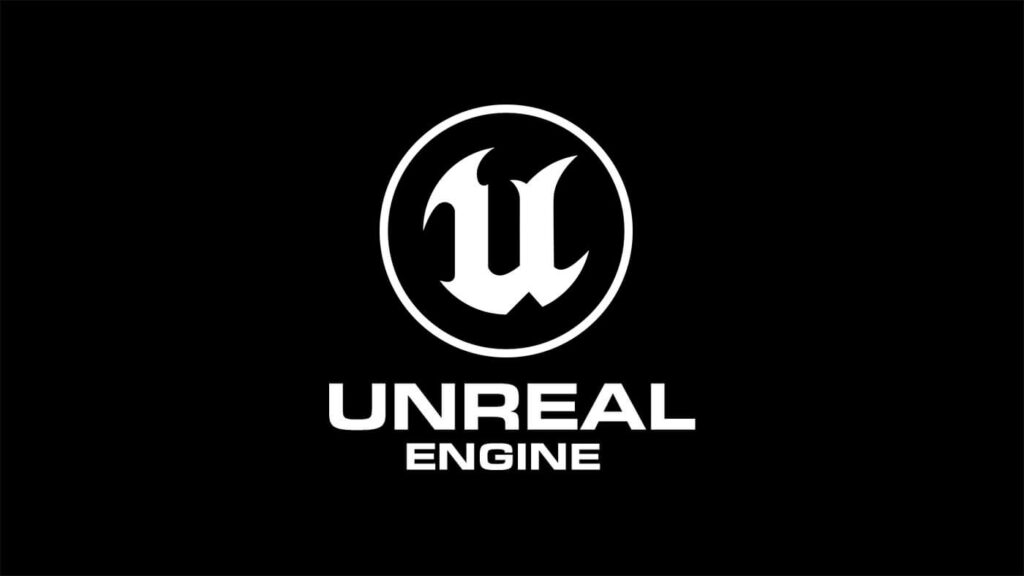 Epic Games’ Unreal Engine is one of the world’s most powerful 3D computer graphics game engines. It first appeared in the 1998 first-person shooter “Unreal.” Although it was initially developed for first-person shooter games, it has since successfully expanded into other genres, such as MMORPGs, platformers, fighting games, and more. It is one of the world’s most advanced and open real-time 3D creation tools, second only to Unity, and is used by developers and CG artists around the globe. This also creates business opportunities for many entrepreneurs to earn more profit from this opportunity with the help of best unreal engine game development company.

Regardless of the project, Unreal Engine performs admirably. There are famous games in literally every genre that were developed with it. Identical across all platforms.

Epic Games provides access to the engine’s entire C++ source code. The code can be downloaded from GitHub and modified, and no payment is required. Developers can customize unreal Engine for any purpose.

Until your project’s revenue reaches $1,000,000 USD, you can use UE for free for publishing. Since then, you only pay Epic Games 5% in royalties.

There is also a free license for creators, but it cannot be used to publish ready-made products.

In addition to being flexible and open-source, UE4 facilitates rapid iteration, which is useful when beginning a new project. The simplicity of prototyping and iteration is advantageous when managing many assets. It enables you to test more ideas and determine quickly what can and cannot be done.

The blueprints feature is a crucial aspect of UE that facilitates iterations and prototyping. The developer connects nodes and adds logic by dragging and dropping nodes and adding wires. This node-based interface enables designers without a technical background to explore their ideas without the need to code.

Blueprint enables non-programmers to such an extent that designers and artists become advocates for new engine features. Blueprints are frequently the primary evidence that UE is one of the best game development engines.

UE scales well for larger teams and games with great content. Directly out of the box, you can operate large scenes with multiple actors effectively.

Possibilities With A Large Amount Of Data

One of the greatest paradoxes of UE4 is that, although it excels at large-scale games, you can quickly reach its limit if you attempt to make a game that is too large or open-world. This influences numerous facets of development.

The ability to edit them effectively in the editor begins to degrade at a specific size, and performance issues at runtime are challenging to address. Hopefully, Unreal Engine 5 will address this issue.

Not Compatible With Small Games

UE4 has a history of being an engine for large AAA titles that supports many advanced system features. From the editor itself to official support, multiple aspects may be sluggish. Therefore, to develop a small game quickly, you must think carefully. UE may not be an option in this situation.

Challenging To Exploit Without Technical Expertise

Some aspects of the engine will continue to be difficult to comprehend unless you have the appropriate technical background. Even with programming experience, the learning curve for UE is exceptionally steep.

Choosing the best video game development engine for your project is not as difficult as it may appear, but it is technically the essential choice. It is acceptable not to select either of the two most popular options, Unreal Engine or Unity. If you are having trouble selecting a core technology for your game. 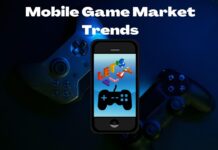 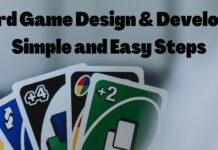 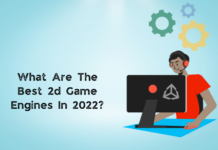 The Impact of Technology on Real Estate Businesses