Many people know of thermal cameras generally, but it’s far more rarer for people to know about them specifically. That’s why now is a good time to discuss the 5 amazing applications of a thermal camera, and why so many people find them so very useful in a variety of ways.

1. It Can Detect Temperature

While many people know a thermal camera by sight, they may not actually know how exactly it works. That’s why the first example of this device’s amazing applications confirms how precisely it does this – because it really is an amazing process. Thermal cameras can display visual information that they acquire by detecting the temperature of objects within its field of view. This can make identifying a particular heat-emitting object – or multiple objects – much easier than was it being done without this device.

2. It Can Be Utilised in Places Where a Night Vision Device Won’t Suit

While night vision devices can be very useful in their own right – and these two devices are often confused, in part because they can have some overlapping capabilities – the fact is a night vision device will provide vision at night, but it will not provide thermal imagery at night.
That’s why in certain circumstances – such as looking for a lost hiker who is situated beneath a canopy of trees – search and rescue teams can look to use a thermal camera because it will provide information surrounding where heat is being emitted, even if it would otherwise be too dark to easily see.

3. They Can Be Used in Places Where Limitations on Typical Visual Imagery Exist

A thermal camera can help its user discover where heat is being emitted, even if the source of that heat isn’t easily identified, or particularly close. Even heat sources that may be otherwise invisible to the naked eye – such as being behind a thin wall – can be detected using a thermal camera.

4. They Make It Easier to Identify Precise Temperatures With Precision

A good thermal camera can not only identify heat-emitting sources, but also display the different levels of heat that is being emitted by different objects. This is useful when looking to establish which source is particular in the hottest, or to pursue other measurements.

5. They Can Help Detect Moisture

A thermal camera can help detect moisture. This can be really useful for those seeking a device which can help them in regular investigation and issue detection work, such as builders.

As detailed here, a thermal camera can be an outstanding device to have given the amazing applications it can offer. Remember, thermal cameras can detect temperature, be put to use in places where a night vision device won’t suit, and they can be utilised in places where limitations on typical visual imagery exist. Additionally, they make it much easier to identify particular temperatures with precision, and can also help detect moisture. That’s why for anyone yet to have a thermal camera, it could indeed be said the time is now to acquire such a useful and sophisticated device. 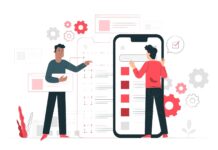