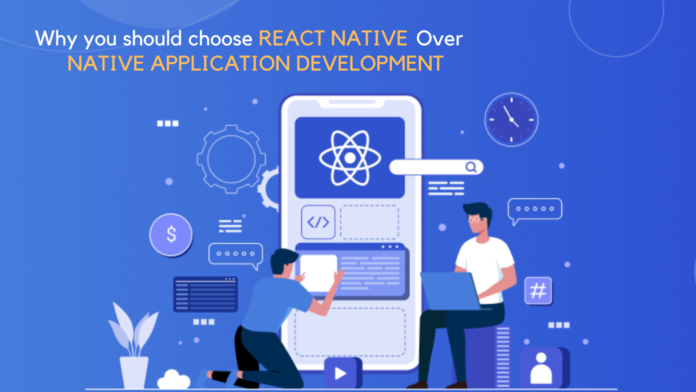 Are you looking to tap the growing mobile market? You must select the right kind of app development platform that ensures the instant development of smart apps. As the smartphone market changes, developers find it hard to develop apps that please the users. Mobile apps earlier were in native languages. But with the rise of cross-platform app development platforms like React Native, preferences are also changing for developers. The effort and time to create a mobile app go down as it uses the same code across multiple platforms.

The fight between Native vs React Native has grown with the rise of the need for both Android and IOS platforms. Some still prefer to continue with the Native application development approach. But others have turned to cross-platform frameworks like React Native. A native application is the one developed for a specific platform or device like Android, and it can use device-specific tools. Developers need to commit more time to creating the same app for different platforms like IOS and Android.

A brief intro about both React Native and Native app development

A native application is meant for specific use on a device or platform. The app will have special ability to use device-specific tools and thus optimize its performance. It is using the latest technology, like Biometrics or Augmented Reality, in place of mobile cloud apps or web apps to be generic across different systems. Native apps are needed for large-scale projects or top brands to have specific functionalities as per the hardware requirements.

See also  What's the Status of React Native Application in the year 2023?

React Native is the framework developed by Facebook and it utilizes React & other web libraries to do the mobile app development. Use a single codebase to develop an app for many platforms, like IOS and Android. It is using JavaScript for rendering the app’s user interface using the native-OS views. The app development platform is also allowing the implementation of code in OS-native languages like Objective-C for IOS and Java for Android.

React Native is removing the need to create separate codes for different platforms and thus get functional apps for all platforms in less time. It is the popular solution today for building cross-platform apps within budgets. React Native runs the JavaScript code in separate threads and thus the user interface does not block access to smooth animations. Take the help of React Native app development company to build cross-platform business apps that work for you!

Why React Native is Preferred more over Native app development?

It is a cost-efficient option for app development

The development of separate native mobile apps for different operating systems is time-consuming and also involves an increased budget. Businesses end up spending a big budget on cross-platform solutions. Allot two separate teams for the development.

React Native is using JavaScript codebase for different platforms. It allows the sharing and re-use of the code between Android and IOS app development platforms. The feature is allowing the speed up of the app development process using a small number of resources. Maintaining the apps and code is easier as a single codebase is in use.

Developers can create functional apps with the development platform and thus enhance the overall user experience. The UI rendered using JavaScript feels native to the users and there is the possibility of using the native language in RN code.

It is the features available in React Native that ease the coding process. Developers can witness the changes in code in real-time and there is no requirement to reload the app. It boosts productivity and thus saves a lot of time. Developers are fond of cross-platform solutions as they save time and also result in greater output.

Developing and maintaining the same type of app across separate platforms can be a headache for the developers. Use of logistics in the right way for cross-platform app development. You need time to do all the work and thus contribute a large amount of time to the entire process.

Getting access to separate native app developers for the different platforms will be a daunting task. Make sure that the selected development team can come up with suitable plans for cross-platform app development in simple terms. The development of two native apps at the same time needs a clear-cut process & also plans it the right way.  React Native is the best option to develop cross-platforms apps for specific business needs!

React Native and JavaScript are popular languages and programming tools that assist the swift development of apps. As the demand for cheaper mobile apps increases, developers will eye for suitable app development platforms that can deliver cross-platform products. Take help from the growing developer community to ensure smart development and make better use of third-party integrations.

A tabular comparison between Native and React Native development

React Native is the best solution for creating reliable mobile app solutions within the budget. It is one of the perfect choices for developing low-cost cross-platform mobile apps that can deliver to businesses. It can be hard to reveal the perfect price for app development as there are different factors contributing to the overall cost. The hourly charges of React Native app development can be anything from $15 to $50 per hour. 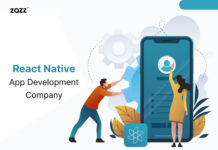 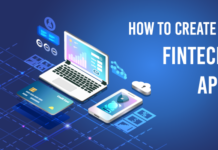