Node.js is one of the most popular JavaScript-based server-side runtime environments. Back-end developers from all over the globe are leveraging its competencies to build some of the finest applications people use regularly. Be it Bengaluru in India or the Silicon Valley in the US, developers cannot get enough of Node.js.

Node.js’s rise in popularity can be accredited to the fact the environment supports numerous successful applications. So, are you wary or doubtful about using Node.js to develop your application? Here are seven examples of successful and popular Node.js applications to change your mind.

What Exactly is Node.js in the First Place?

Node.js is one of the leading JavaScript-based server-side runtime environments. The best advantage of this environment is that developers can use it for both back-end and front-end development. Node.js came into being in 2009 as a brainchild of Ryan Dahl as a small initiative to make app development more convenient for fellow developers.

It did not take long for Node.js to rise above the ranks and become one of the most-preferred open-source web frameworks. Node.js also has a license from MIT, which further ensures the platform’s credibility and reliability.

7 Popular Examples of Node.js Applications in 2022

PayPal is one of the leading online payment systems available in the market. The platform has earned an extensive reputation for offering reliable payment services to customers from many countries. People using PayPal are aware and happy with the platform’s unmatched usability.

See also  Why Should You Hire A Shopify Developer For Your Online Store?

The credit for this usability and navigability goes to Node.js. But besides that, developers can use Node.js for both back-end and front-end development is the reason why PayPal chose Node.js.

The one thing that made the lockdown a bit more bearable was Netflix. The platform is one of the leading video streaming providers. Be it movies or television series, Netflix has all that you want. The entire user interface of Netflix is built using the Node.js framework.

Netflix has gained its reputation for being a fast, lightweight, and modular application. You would not find these qualities in the application if it were not for Node.js. The framework helped Netflix reduce its startup time by 70%.

eBay is one of the most prominent markets not just in the US but in other countries as well. The platform has been around for quite some time, attracting millions of users from all over the globe. Catering to so many users meant dealing with a huge volume of traffic.

eBay needed a solution that offered stability, scalability, and speed. So, they chose Node.js to realize all these goals with minimal hassle. The platform now provides real-time functionalities and the ability to configure and connect eBay services to display relevant information to users.

Before Google became the go-to search engine for everyone, Yahoo was the leader of this market. Besides search engine services, Yahoo also provided users with other services like Yahoo mail, Yahoo finance, Yahoo sports, etc. But with rising competition, Yahoo began to lose its grip on the market.

See also  How Can Online Stores Drive Organic Traffic? : Everything You Need To Know In 9 Steps

They decided to turn to Node.js to offer better performance and scalability. Over the years, Yahoo has moved many properties to Node.js realizing the potential to provide better results. Surprised by these results, experts from Yahoo suggest it won’t be long before Node.js powers most of Yahoo.

Another popular web browser in this list is Mozilla Firefox, known for offering unmatched services to many users around the world. Mozilla has long retained the title of being the second-most popular web browser that supports over ninety different languages.

Node.js is Mozilla’s primary language across a wide range of web projects. The option to use the same language on the client-side and server-side is one of the main reasons Mozilla uses Node.js. But the memory footprint is another reason why they prefer Node.js.

You can hardly find anyone who has not benefited from the convenience Uber offers. The platform is one of the leading transportation networks with operations spread across 85 countries.

Uber has been using Node.js for checking errors, faster processing, effective debugging, and continual development. These capabilities allowed Uber to offer a superior customer experience and become one of the most successful businesses worldwide.

Another prominent application using Node.js is LinkedIn having millions of users from different countries around the globe. Microsoft acquired the platform in 2016 because of its massive success.

There are two primary reasons behind LinkedIn using Node.js. The first reason is the scalable capabilities that Node.js has to offer. The second reason is to ensure their solution offers unmatched speed while requiring minimal resources.

As you can see, some of the best-known platforms you use daily are products of Node.js. The framework has many capabilities that simplify application development, helping you drive better results. So, discuss this information with your team and hire Node js programmer in India to make the most of this fantastic framework. 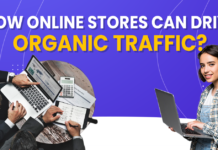 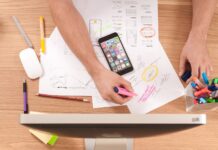 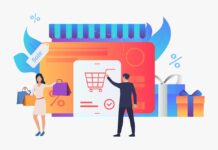 How Can Gaming Technology Help You at Work?